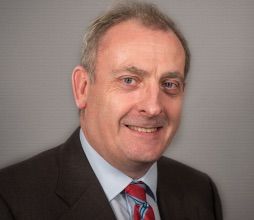 Neil joined ISME as Chief Executive in 2016. He previously served as an infantry officer in the Irish Defence Forces, as a staff officer in Defence Forces HQ, and in operational roles in Lebanon and Cyprus.

He joined FTA Ireland as country general manager in 2013, and was instrumental in the forcing the (then) Department of Jobs and Enterprise, against trade union opposition, to introduce S.I. 342 of 2015. This enforced the application of EU rules on working time for mobile workers. He also managed the co-funding of the DPP-v-Perennial Freight appeal to the Court of Appeal in 2015. This overturned the State’s interpretation of the Finance (Excise Duties) (Vehicles) Act 1952, resulting in a reduction in road tax for articulated vehicles from an average of €3,500 per annum to €500.

Since joining ISME, Neil has been especially active on the issues of insurance costs for small business, the introduction of a perjury act to tackle white collar crime, and the need for a comprehensive reform of Irish indigenous industrial policy.