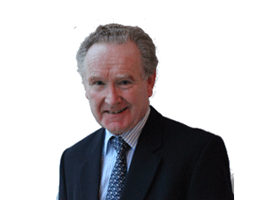 Daniel is owner and MD of AllinAll Ingredients Limited which is based on Dublin. He is a past Chairman of Irish Venture Capital Association (1990) and ISME (2005 – 2007) of which he is a Trustee. He contributed to Policy development of the PD’s from its foundation to the end of the 1990’s.

In 2004 he was a member of the Governments Enterprise Strategy Group’s Research, Development and Innovation Advisory Board. Appointed by the Government to the Small Business Forum in 2005. Following the publication of its report he played an active role on the implementation review group.